CARDET organized two workshops on 19th and 20th of September to present the work and outputs of the ADMIRE project. The two workshops also served as an excellent opportunity for the project team to receive feedback and suggestions in a bid to hone and finalize the resources ADMIRE has developed to support migrant integration experts.

The first workshop, held at the Dignity Centre in Nicosia, served as a pilot for the Project’s Curriculum delving into ‘Media’s Narrative on Migration and the effect it has on people’s perceptions and was attended by migrants and refugees who reside in Cyprus. During the workshop, participants were walked through the scope, objectives and outputs of the project and carried out group discussions with the support of the facilitator. Upon the completion of the workshop, they were asked to evaluate the workshop and the resources presented providing invaluable insights and information both for ADMIRE to finalize its work as well as for future relevant actions and project.

Subsequently, the second meeting, attended by migrant integrations experts (project managers, educators, trainers), that served as a pilot event of the project’s Induction Training, was held on Friday the 20th of September at the Offices of CARDET. During the workshop, ADMIRE’s project manager, presented introduced the project, explaining the rationale upon which it was built and was delivered and presented the resources it has made available to support them in their work. Consecutively, he opened the floor for the exchange of views as to challenges and problems in regards to migrant integration that require further support and investment in the future. 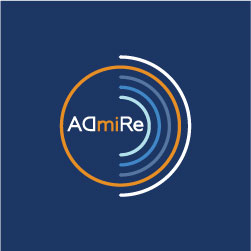 This project has been funded with support from the European Commission. This publication reflects the views only of the author, and the Commission cannot be held responsible for any use which may be made of the information contained therein. [Project number: 2017-1-EL01-KA204-036117]
Tags: